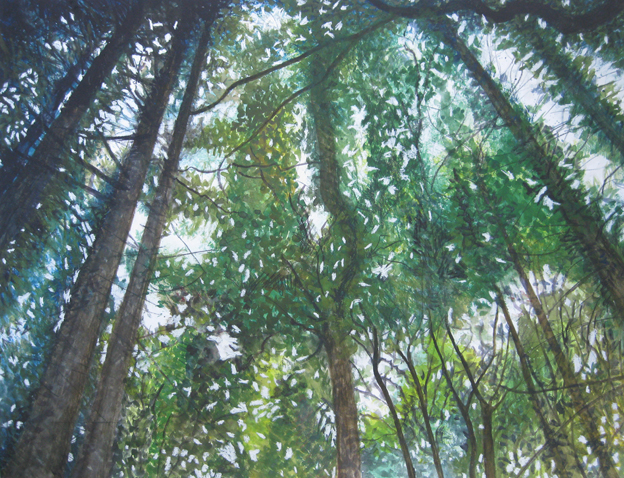 The openings in the canopy glitter and twinkle,

Beneath it there are rooms where sounds may be muffled,

But they may also be echoing

Blackbirds make these rooms audible with their song

And below those sounds there is a slow heaving, and a moaning

Where the trees take the stresses down into the stony ground

And the water up to the foliage

Mind you, the trees are uncomplaining: branches may snap

For no apparent reason, sounding like a pistol shot, but no outcry

It is an existence both unsentimental and forgiving

That moves like a train through the forest; it tells you

Where the engine is and where the cars

Amidst this tree-majesty the twinkling light comes down to you

And join the stars in a moment of eternity